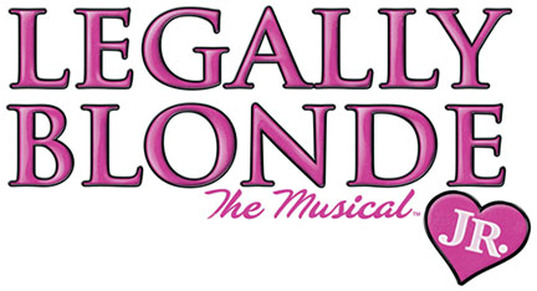 BROOKE WYNDAM - An exercise video mogul who is also a former sorority girl. She is energetic and charismatic, yet currently on trial for murder. Range: A3-D5

CHUTNEY WYNDHAM - Brooke's unhappy stepdaughter with a really bad perm and an even worse attitude.

DEWEY - Paulette's brash ex-husband who lives in a trailer and holds her dog captive.

ELLE WOODS - The quintessential Valley Girl may appear like a typical blonde California sorority girl, but don't count her out. She is hardworking, optimistic and tenacious. Range: F#3-Eb5

EMMETT FORREST - A smart and sensitive law student who takes Elle under his wing. He is charming, quirky, loveable, and friendly.
Range: C3-F#4

KATE A featured Delta Nu sister - the academic of the bunch. Range: Bb3-Db5

KIKI THE COLORIST, CASHIER and STYLIST - Part of Paulette's entourage at the salon who are very adept at the "Bend and Snap." Range: C4-A4

KYLE - The delivery man who Paulette has her eyes on each time his job brings him to the salon.

PAULETTE - A brash, caring, optimistic hair stylist who is friends with Elle and longs to find a man for herself. Range: A3-Bb4

VIVIENNE KENSINGTON - A smart, savvy, and uptight law student and Warner's fiancee who initially dismisses Elle, but grows to be her friend. Range: A3-Eb5

WARNER HUNTINGTON III - A good-looking but shallow and pompous guy who breaks Elle's heart and heads off to Harvard Law. He is caught between his former life with Elle and his newfound serious East Coast life with Vivienne. Range: D3-F4

WHITNEY - Vivienne's law school friend and partner in mischief when it comes to bringing down Elle.