Seussical JR. is great fun for the whole family!

Horton the Elephant, the Cat in the Hat, and all of your favorite Dr. Seuss characters spring to life onstage in Seussical Jr., a fantastical musical extravaganza from Tony winners Lynn Ahrens and Stephen Flaherty (Lucky Stiff, My Favorite Year, Once On This Island and Ragtime).

Transporting audiences from the Jungle of Nool to the Circus McGurkus, the Cat in the Hat, our narrator, tells the story of Horton, an elephant who discovers a speck of dust containing tiny people called the Whos, including Jojo, a Who child who gets in trouble for thinking too many "thinks." Horton’s challenge is twofold – not only must he protect the Whos from a world of naysayers and dangers, but he must also guard an abandoned egg that’s been left in his care by the irresponsible Mayzie La Bird. Although Horton faces ridicule, danger, kidnapping, and a trial, the intrepid Gertrude McFuzz never loses faith in him. Ultimately, the powers of friendship, loyalty, family, and community are challenged and emerge triumphant!
PERFORMANCE DATES AND TIMES 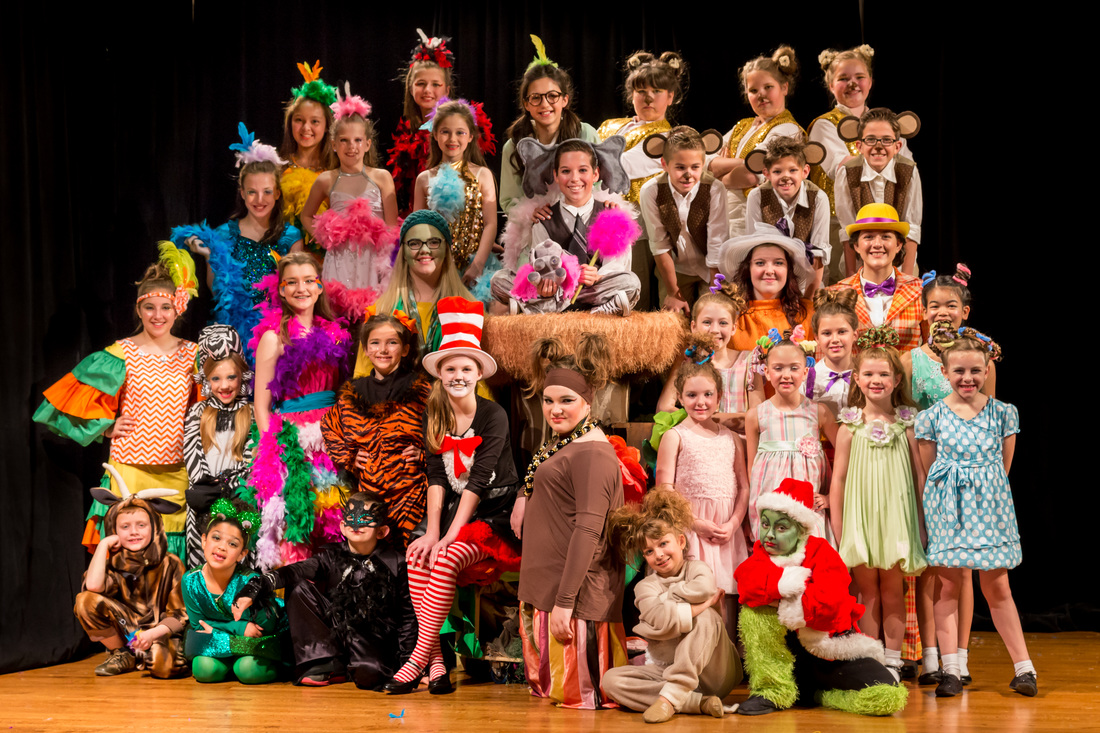 ﻿Click here to view all photos from Seussical Jr!﻿
SEUSSICAL JR. was an eight week musical theatre workshop for children ages 7-18.  During this workshop children were taught about musical theatre while preparing a full stage production for our community to enjoy.