Who's Who at Red Curtain Theatre 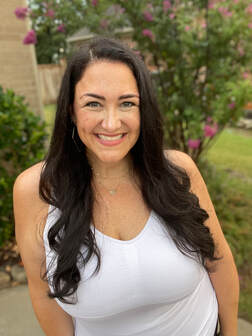 Kristen is originally from McLean, Virginia, and currently lives in Conway, Arkansas. She is a graduate of KD Studio Actors Conservatory in Dallas, Texas. While her favorite role is that of Mom to her four incredible kids, some onstage favorites include Annie (Miss Hannagin), California Suite (Gert), Oliver! (Widow Corney) and Into the Woods (Baker's Wife).  She has also worked behind the scenes on multiple productions, including Guys and Dolls, Les Miserables, Godspell and The Music Man.  Directing credits include 9 to 5: the Musical, The Wizard of Oz, Hello, Dolly!, Shrek the Musical, Chicago, and numerous Broadway Junior shows.  She most recently directed Red Curtain Theatre's production of A Christmas Carol the Musical. Kristen has also appeared on film and television, as well as worked behind the scenes in video production for a number of years, but the theatre remains her first love. 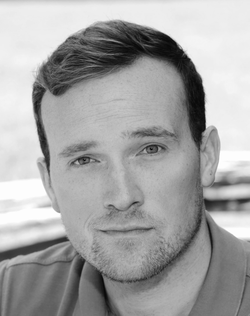 Johnny is a drama teacher at Conway Junior High School and has spent the past several years on stage and screen all around central Arkansas. He has a master's degree in gifted education from UALR, where many of his studies revolved around early talent development in theatre, teaching gifted students theatre, and creativity. Johnny's recent credits include The Music Man (Harold Hill), The Addams Family (Gomez Addams), Beauty and the Beast (Gaston), Barefoot in the Park (Paul Bratter). Hello, Dolly! (Cornelius Hackl), Miracle on 34th Street (Fred Gaily), and Singin' in the Rain (Cosmo Brown). Johnny's recent directing credits include The Lion King Kids, Willy Wonka Kids, Our Town, and You Can't Take it With You.

Amber is originally from White Lake, Michigan, and currently lives in Conway, Arkansas. She holds a Bachelor of Arts degree in Public Relations from the University of Central Arkansas and also completed two years of Opera Performance at Michigan State University.  Amber has eight years of dance training, ten years of vocal training and has been gracing community theatre stages in Conway for the past several years.  As an actor, Amber has appeared in You're A Good Man Charlie Brown, Oklahoma!, The Importance of Being Ernest, The Drowsy Chaperone, and Seussical! The Musical!  She has also worked as stage manager for productions of 9 to 5: The Musical and The Wizard of Oz Young Performers' Edition and was assistant director for a production of Annie, Jr. and Red Curtain Theatre's inaugural production of Disney's The Little Mermaid Jr.  Amber made her directorial debut in RCT's 2015 production of Seussical Jr.  She was back on stage in 2014 as Cinderella in Conway Dinner Theater's production of Into the Woods. Amber also worked at Walt Disney World as a performer, has competed in a number of vocal competitions and has sung in a variety of vocal ensembles.